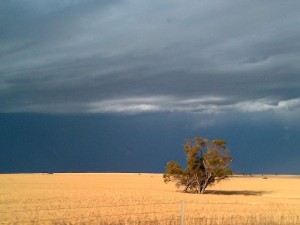 I’m sympathetic to this stance.  The government has built a lot of systems that didn’t get used to their potential, because there wasn’t a real requirement; there was a theory about a requirement.   Or maybe because it didn’t get advertised, or the training wasn’t adequate.  Or the user needs changed before it fielded.  Or whatever.

IT projects don’t always work, but beware of learning the wrong lesson from failure.  It is even more true that:

If you don’t build it, they’re gonna stay home.

Thomas Watson famously said “If you would succeed, double your failure rate.”  The angst about “Build it, and they will come” for IT systems presumes that failure is not okay.  If we want innovation, we need to try new things.  Sometimes those things aren’t going to work.   That should be normal and not a cause for lamentation.

It is normal for IT projects to fail.  In 2009, 72 percent of major federal IT projects were on the OMB Management Watch list.  Statistics vary, but it’s not uncommon for Gartner/Forrester-type studies to note that anywhere from 30-50% of IT projects fail. (sometimes higher)

What if business executives (or government executives) started treating the high probability of failure as a fact of life? I believe a recognition of failure as a fact of life should lead to more investments in smaller projects with higher ROI thresholds. If projects often fail, it makes sense to try more things, because half of them won’t work. If projects often fail, then they should start small, and grow the early successes with the most promise. If there are more projects, they should be trying for dramatic, transformational savings. IT projects are inherently risky investments; they fail a lot. If I’m going to make a risky investment, I expect it to have a correspondingly big potential payoff.

The worst of all worlds, would be to so afraid of failure that you only build the absolute-sure-thing.  Because, chances are, that will fail too, and you will have missed out on the risky, transformational thing that your competitors/adversaries did.

1 thought on “If you don’t build it, they’re gonna stay home.”